“His botanical work predated and outlasted all others, and in it, paradoxically, he was most truly an artist of his time. For while a good many artists could work in these idioms of modernism, none could paint an auricula or an onion as he could, while possessing the consciousness of a modern artist.”
Douglas Hall

“His versatility (as an artist) was astonishing – at one moment he was painting on vellum a single flower or a dead leaf with a finesse that Redouté might have envied; at another he was producing abstract three-dimensional work which meant nothing to me.”
Wilfrid Blunt

“He was touched by God, not just with the skills as an artist, but with all skills.”
Jim Dine

Rory McEwen was born in Scotland on March 12th 1932, the fourth of seven children, and was educated by a governess who “instructed us in drawing from nature. I still have some of those drawings... They conjure up freedom and fine weather, tickling trout, bare feet in cool water.”

At 13 he was sent to board at Eton, where he stayed for five years, until entering the army at 18, for two years of National Service with the Cameron Highlanders. This was immediately followed by Trinity College, Cambridge where he read English, and it was at here that he first began performing in public, writing and appearing in the Cambridge Footlights Revue. 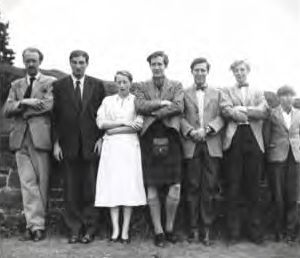 In 1956 Rory and his younger brother Alex, travelled to America where they played from coast to coast, recorded Scottish Songs and Ballads for the Smithsonian’s Folkways Records and appeared on the Ed Sullivan Show twice.

After returning to Britain, Rory began to make regular appearances on the BBC’s Tonight show with Cliff Michelmore, writing and playing topical calypsos, as well as working as the art editor of the Spectator magazine, with Bernard Levin.

In the Autumn of 1963 Rory began presenting and performing on Hullabaloo, the seminal live music programme shown on the commercial television channel ABC. Broadcast at 11.15 on Saturday nights, Hullabaloo showcased a diverse mix of musicians, including Ramblin’ Jack Elliott, The Spinners, Martin Carthy, Lisa Turner, Cyril Davies, Long John Baldry and the Velvettes, Sonny Boy Williamson, Peter Paul and Mary, Carolyn Hester, The Ian Campbell Group and the Duo Offerim, and many others. 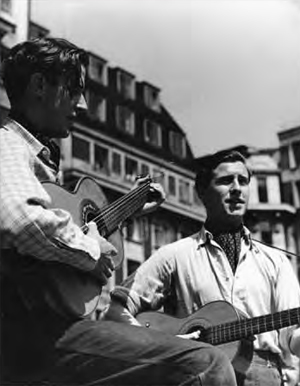 In 1964 Rory gave up his career in music to focus completely on painting. He had first began to study art seriously at Eton, with Wilfred Blunt, who later described him as “perhaps the most gifted artist to pass through my hands”. He kept sketchbooks during his national service, and painted throughout his university years. “The day I got out of the army... I sat down and painted a rose, and I found to my surprise that my hand had unknowingly educated itself.”

Whilst he was at Cambridge he illustrated Old Carnations and Pinks written by the Rev Oscar C Moreton, and in the early 60’s they went on to collaborate on The Auricula: It’s History and Character, for which Rory produced 17 paintings of auriculas, one of them named in his honor. In 1962, when he was still performing as a musician, Rory had his first exhibition, at Durlacher Brothers in New York. The year after he had four exhibitions, in Paris, New York and two in Edinburgh. His paintings can now be found in museums and collections worldwide.

At the centre of his work were the watercolours on velum; ravishing, luminous “plant portraits” of flowers, vegetables, and leaves. His deep curiosity in art as a medium for exploration, gave him a wide understanding of, and interest in, contemporary modern art as well as the great masters of the past, and his experiments with abstraction and minimalism, as well as sculpting with glass, perspex, and metal, informed his botanical paintings, and pushed them far beyond the bounds of illustration. ‘At its quintessential best,’ wrote Karl Miller, ‘the art of his later years was to deliver, life size, a single autumn leaf – placed off-centre on a vellum page, with every tint or capillary caught, the tiny brush strokes barely decipherable. Touched with decay, with russet, it might almost be the fallen leaf of requiem or elegy.’

Rory continued to work in London and Scotland, and exhibit across the globe for the next twenty years, until his too early death in 1982 when he was 50. 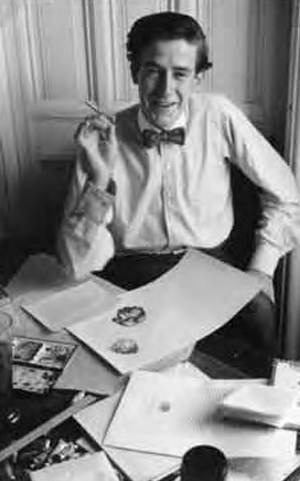 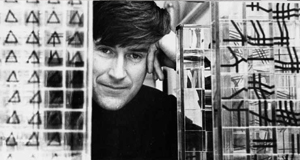